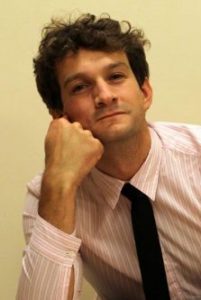 Alexander Schuster holds a dual doctorate from Trento and from Strasbourg University with a thesis on gender-neutral family institutions (mention très bien avec félicitations) and a post-graduate diploma from the European Public Law Organisation. He is a post-doc researcher and a lecturer in law at the University of Trento and the European coordinator of the EU co-funded project Rights on the move. He is ECSOL’s co-member for Italy and acted as trainer of legal professionals in Italy and Europe on matters of discrimination.
Alexander Schuster has coordinated major interdisciplinary researches, notably one for the Italian government on LGBT discrimination in the South of Italy. He is an Italian attorney as well as an independent legal expert to the EU Commission and the Council of Europe, European governments and NGOs. He has taught and researched at universities and research centres in Trento, Lund, Montréal, Toronto, Washington, Athens, Heidelberg, Strasbourg and Udine. His academic interests include fundamental rights, EU law and the new legal challenges posed by bioethical and technological research, such as access to reproductive technologies by LGBTI people. He has published on various legal subjects ranging from American law to EU and comparative law in the field of constitutional law and biolaw. He has edited several books on same-gender parenthood, freedom of movement and non-discrimination and is a member of editorial boards and scientific committees.

BACK TO TEAM
Menu
We use cookies on our website to give you the most relevant experience by remembering your preferences and repeat visits. By clicking “Accept”, you consent to the use of the cookies.
Accept Reject Read More
Manage consent