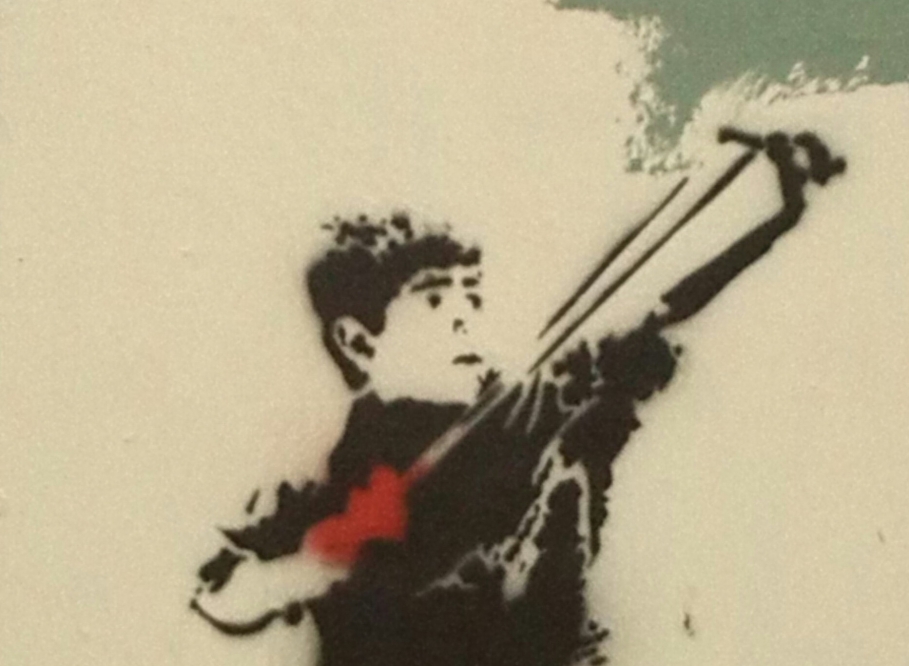 ‘Illegitimate Sexualities’ in Times of Homonormativity and Homonationalism

Following the Orlando shooting in June 2016, Donald Trump, who was presidential candidate back then, promised US Americans to protect them against terrorism through the guarantee of weapon ownership and the ban from the US territory of all migrants coming from countries where “there’s a proven history of terrorism”. He additionally sent his condolences to the LGBT community, without mentioning that most of the customers who got killed or wounded in the Pulse nightclub were homosexual latinxs. In September 2017, Alice Weidel closed the German electoral campaign affirming that her lesbianism was not at odds with her being leader of Alternative für Deutschland: as a lesbian woman, she advocated protection from homophobic migrants with Muslim background. These two examples of right-wing political forces legitimizing homosexuality are no exceptions. On the contrary, they testify to the political and social reconfiguration following the extension of civil rights to homosexual couples in the US, in Europe and elsewhere – recently and with huge delay, also in Italy.
In the 1970s, homosexual liberation movements which were on the rise in Europe and the US did not ask for the inclusion of sexual minorities within existing state structures, nor did they appeal to the liberal-democratic rhetoric of rights. They campaigned instead for a sexual revolution against the state, and for the coupling of the homosexual liberation struggle with racial and class concerns. Some of their names are telling in this respect: in the US and Britain, the Gay Liberation Front (GLF), inspired by the Algerian Liberation Front; in Spain, Front d’Alliberament Gai de Catalunya (FAGC), inspired by the Gay Liberation Front; in France, Front Homosexuel d’Action Revolutionnaire (FHAR); in Italy, Fronte Unitario Omosessuale Rivoluzionario Italiano (FUORI!). But in the next two decades, gay and lesbian movements have followed the same path towards a liberal political culture as most part of the European and North American Left. Their quest for homosexuality to be recognized has translated into the demand for juridical equality only, thereby leaving economic and racial inequalities on the side. A sort of “privatistic” interpretation of homosexuality has thus prevailed, which ended up supporting heterosexual institutions such as marriage that had been largely fought against by sexual liberation movements in the 1970s.
To name the transformation of revolutionary movements of the 1970s into integrationist liberal-democratic ones in the 1990s, Lisa Duggan (2004) coined the term “homonormativity”. Later on, Susan Stryker (2008) adopted this same term to point at the hegemony of homosexual movements, and gays in particular, over the movements of other sexual minorities since the inception, at the end of the 20th century, of the acronym GLBT – rephrased over the course of time as LGBT, LGBTI, LGBTQ, LGBTQI, LGBTQIA, and more recently, LGBTQIA+. The latter should ideally refer to all sexual minorities: lesbians, gays, bisexuals, transgenders/transexuals, queers, questioning, intersexuals, asexuals and others. However, as Stryker noticed, the acronym got spread in Europe and the US in concomitance with the emergence of marriage and family rights campaigns for homosexual couples. In such campaigns, white, wealthy, cisgender, able-bodied gay men have come to represent the whole movement through a display of masculinity resembling that of straight men, thereby overshadowing other people’s claims. On top of this, as the above-mentioned statements by Trump and Weidel suggest, it is worth reminding that sexual minority rights are being increasingly co-opted since 9-11 to support nationalist rhetorics opposing European and North American liberalism to Southern and Eastern cultures, and to justify anti-Muslim and anti-immigration policies. This is what Jasbir Puar (2007) has called “homonationalism”.
The concepts of homonormativity and homonationalism are thus the theoretical tools which contemporary queer theories deploy to point out that social equality for gays and lesbians has been gained at the expense of claims for social justice by mainstream LGBTI movements, and by making problematic the presence in LGBTI movements themselves of the subjectivities and issues of transgender and intersex people – and all sexual minority other than homosexual. Such critical categories allow to understand how the integration of sexual minorities in heterosexual and neoliberal societies comes at the cost of other minorities (Muslims, migrants, poor, racialized, disabled and/or anticapitalist subjects), as well as of sexual minorities themselves: not just because the hypervisibility of gays in the media obliterates other subjectivities, including lesbians, but also because there are LGBTQIA+ Muslim, migrants, poor, racialized, disabled, antagonistic, anticapitalist and/or non-monogamous (both affectively and sexually) people whose interests are at odds with today’s social integration for homosexuals.

The panel aims at investigating homonormativity and homonationalism as phenomena, starting from the point of view of sexual minority subjects who, paradoxically enough, are likely to gain fewer social recognition because of the recognition of marriage and family life for gay and lesbian couples.

Program of the ASPP conference