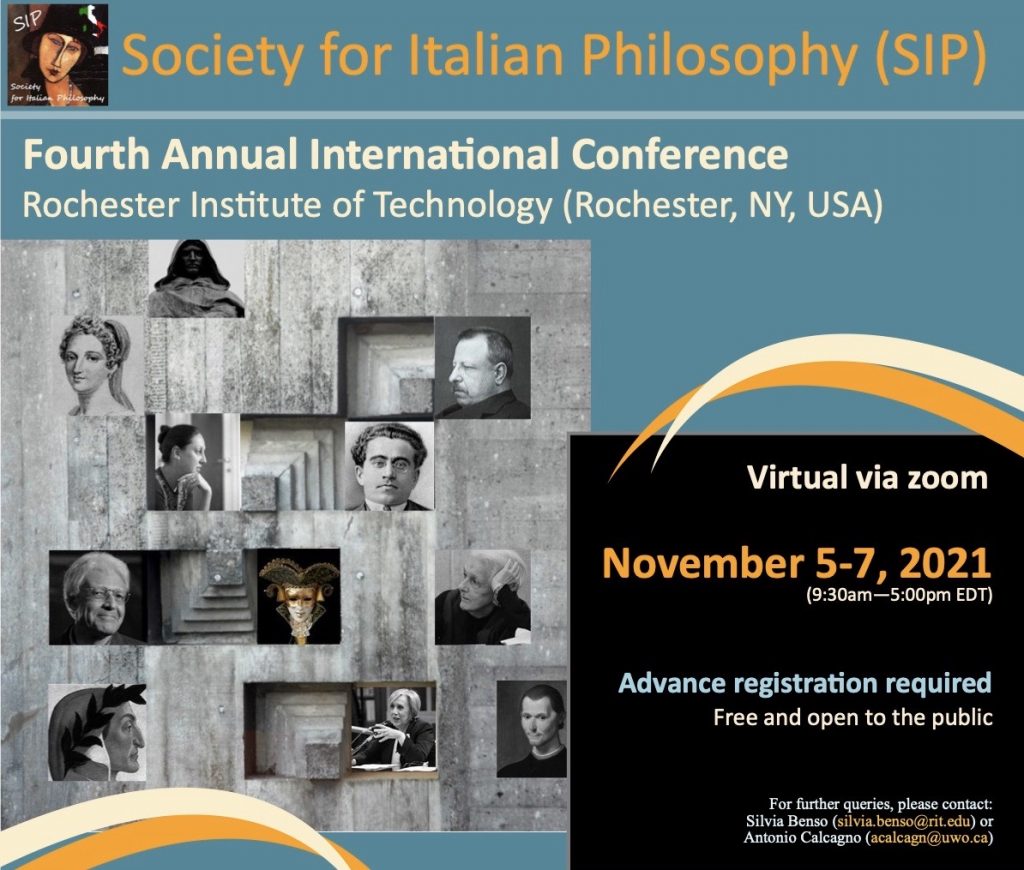 No survey of Italian political philosophy today can refrain from mentioning feminist philosophy. This brand of philosophy, however, is often treated as an appendix to the “more serious” cisgender and heterosexual masculine tradition, wherein feminist philosophy is considered not just a minoritarian thought, but a “minor” thought. In reality, sexual difference, and the sexual in general, finds itself to be deeply bound up with the political: if they are relegated to its margins, it is because they threaten the coherence of the political’s presumed center (beginning from a philosophically individualistic anthropology, rationalist and masculinist extensively deconstructed by sexual-difference Italian thought).

Every biopolitics is also a psychopolitics, in which libidinal projections and drives determine inclusions and exclusions, the productions of majoritarian subjectivities and the abjection of minoritarian subjectivities. The panel will be introduced by a theoretical intervention by the chair, Lorenzo Bernini, Professor of Political Philosophy at the Universtiy of Verona and Director of the Research Center PoliTeSse – Politics and Theories of Sexuality. Starting from Adriana Cavarero’s, invited speaker of the conference, reading of sexual difference, Bernini will demonstrate how the insistence on the maternal and care has distanced a certain academic feminism from the psychoanalytic and consciousness-raising reflections on sex that was crucial in Italian feminism of the 1970s (such as Carla Lonzi’s).

The panel will therefore be dedicated to authors, both academic and from social movements, who are difficult to place within the canon of Italian Thought, who have made the sexual the main focus of their reflections, and for this reason deserve to be brought to attention, not only in Italian studies, but also in the international debate of queer theories. Matthew Zundel, PhD candidate in Italian studies at New York University, will present the queer (frocia) version of Freudo-Marxism articulated by the Italian gay liberation movement in the 1970s through Mario Mieli’s thought and his debts to Luciano Parinetto’s heretical Marxist philosophy. Irene Villa, PhD candidate in Political Philosophy at the University of Verona and co-advised through the University of Birmingham, will illustrate the contents of the pamphlet curated in the early 1980s by Italian lesbians, such as Liana Borghi and Rosanna Fiocchetto, called Our Common World (Il nostro mondo comune) developed as a polemical response to the erasure of lesbians from within the Italian feminist movement and sexual-difference thought.